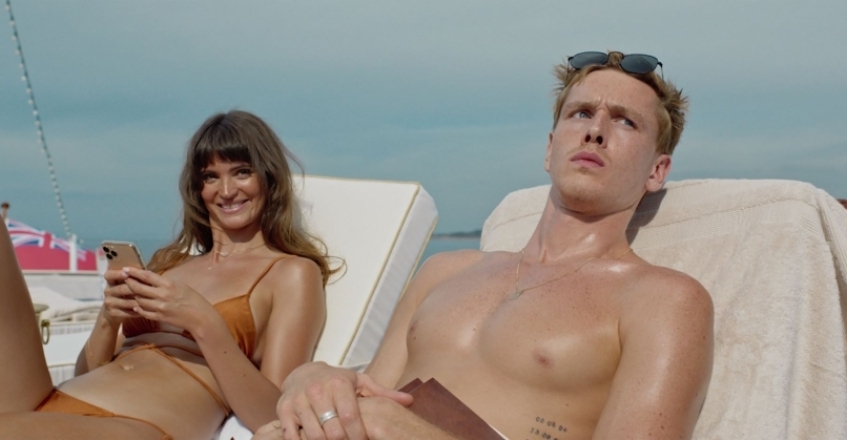 “Triangle of Sadness”, photo by Fredrik Wenzel©Plattform-Produktion
“Triangle of Sadness” by Ruben Östlund, coproduced by Obala Art Centar, Sarajevo, is selected for the Competition of the Festival de Cannes. Östlund was the Jury President of the 25th Sarajevo Film Festival.

“Triangle of Sadness” is an uninhibited satire where roles and class are inverted and the tawdry economic value of beauty is unveiled.

Carl and Yaya, a couple of models, navigate through the excitement of Milan’s fashion week before jetting off to an exclusive yacht cruise in the Caribbean. The ship is impeccably maintained and well-to-do passengers are piloted by an idiosyncratic, and Marxist sea captain. Bad weather results in seasickness, then the situation worsens with an epidemic of food poisoning, and ultimately crescendos when pirates attack the ship. Paradise turns into a nightmarish metaphor for the end of the Western civilization. A handful of surviving passengers are washed ashore on a desert island. Now the tables are turned: a middle-aged Filipino cleaning lady, the only one who can provide the means to survive, establishes herself as the leader of the group. Carl, Yaya, and the other survivors find themselves in a matriarchy in which male sexuality is a currency.

The Official Selection of the 2022 Cannes Film Festival has been announced at today’s press conference held in Paris.