The world premiere of the movie RIDERS

The Competition Programme - Feature Film of the 28th Sarajevo Film Festival continued with the world premiere of the Slovenian film RIDERS by Dominik Mancej at 19:00 at the Sarajevo National Theater. 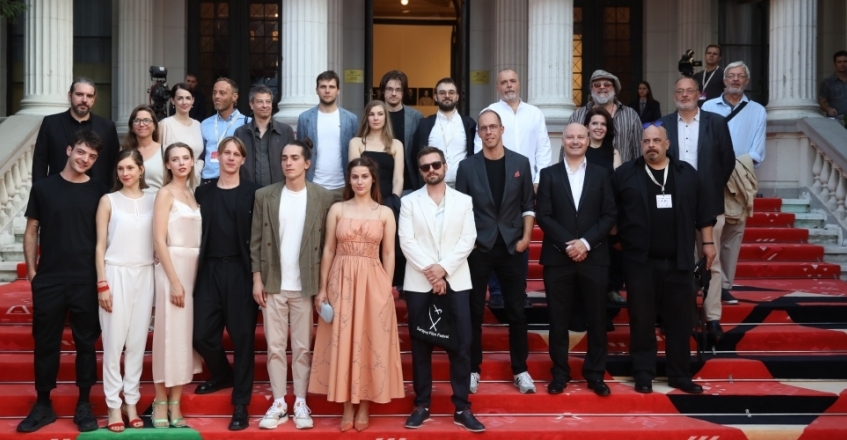 Slovenia, the spring of 1999. Two friends from a small village decide to transform their mopeds into choppers and embark on a journey. Looking for freedom and love, driven by mad impulses and haunted by conservative moulds of tradition, they start believing and understanding things that were previously unimaginable. On the road through Slovenia and Croatia – countries recently separated from Yugoslavia – they are accompanied by a young runaway woman with a mysterious past and an old biker who has seen the world in search of freedom. These characters challenge each other and themselves through shared experiences, which break their ties to and conception of the old, thus giving way to the new. But the path is treacherous and with the sudden death of a companion, their friendship is at stake.