At the premiere of the newly restored version of the film MILLION DOLLAR HOTEL by Wim Wenders, winner of the Honorary Heart of Sarajevo of the 27th Sarajevo Film Festival, the film's director was joined by Bono Vox. 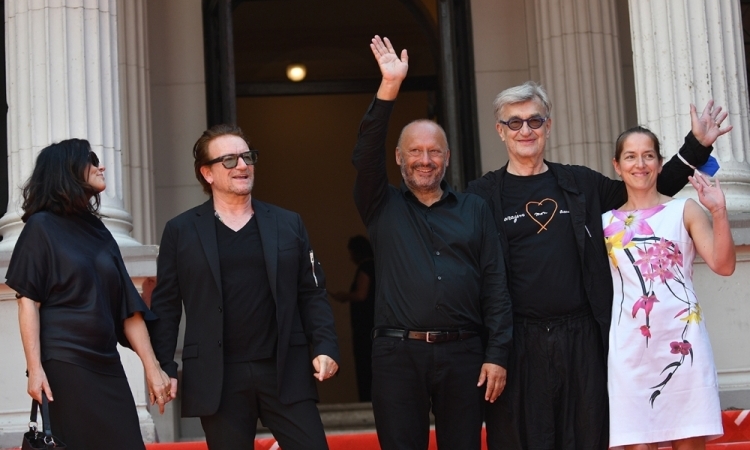 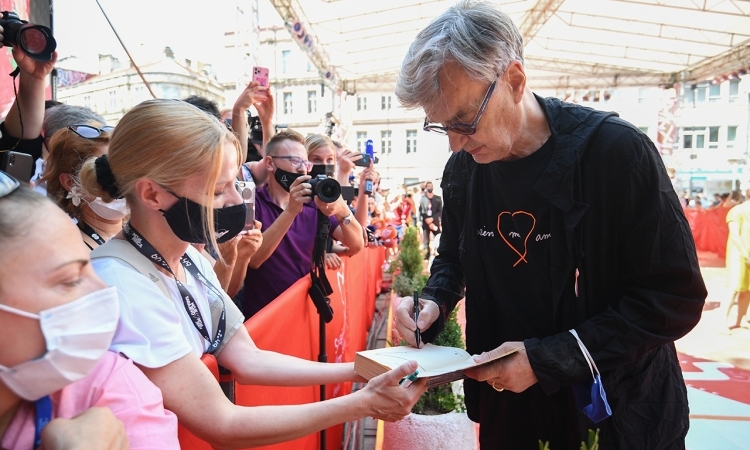 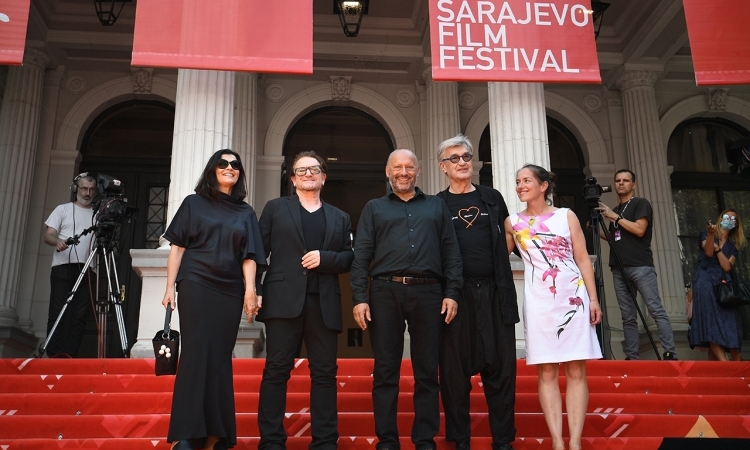 This musician, frontman of the legendary Irish group U2 and a great friend of Sarajevo and the Sarajevo Film Festival, also attended the festival's premiere of the film MILLION DOLLAR HOTEL on the 6th Sarajevo Film Festival in 2000.
"It is really great to be here. Feels like a long time and yet so short time. It's like there is two Sarajevos. The real and the magic. The one that you live and work on versus the other one that you take with you wherever you go in the world - this mythic Sarajevo. This place is full of fun, magic, and also this is still to me the capital of coexistence. This great city and this great Festival. I think that the Festival is almost like a connecting tissue between these two Sarajevos -  the invisible and visible it interfaces between", said Bono Vox.
For this thriller drama starring Jeremy Davies, Milla Jovovich and Mel Gibson, for which Wenders won the Silver Bear at the Berlin Film Festival in 2000, Bono Vox co-wrote the screenplay with Wim Wenders and Nicholas Klein, and his music is imbued throughout the whole movie.
The plot of the film MILLION DOLLAR HOTEL follows a group of freaks, outcasts and wanderers who live in a dilapidated hotel in downtown Los Angeles, in an area full of drug addicts and the homeless. From their point of view, we follow the story of a dreamer in love who everyone calls Tom Tom. The object of his longing is Eloise, a fallen angel of sorts. There is trouble in this madhouse. The life of one of the tenants, an eccentric drug addict Izzy, ends in a brutal manner when someone pushes him off the roof. And since, to everyone's surprise, it turns out that Izzy was the son of a media mogul and a multimillionaire, an FBI agent - Skinner - enters the scene. Contrary to expectations, it turns out that he, this extremely long arm of the law, is even crazier than the charming characters who live in the Million Dollar Hotel.
Covid-secure accreditation is required to enter all screenings on the 27th Sarajevo Film Festival. More information can be found on HERE.
The 27th Sarajevo Film Festival will run until August 20, 2021.
The 28th Sarajevo Film Festival will host a retrospective of films by Sergei Loznitsa
Bono Vox and Wim Wenders on the Red Carpet of the 27th Sarajevo Film Festival
25th Sarajevo Film Festival to present Honorary Heart of Sarajevo Award, pay tribute to Pawel Pawlikowski
Tribute To: Nuri Bilge Ceylan
Oliver Stone Arrives in Sarajevo