The Adriatic Audience Award will be presented to the best film in the cash amount of EUR 5,000 for the film cinema distribution in the territory of former Yugoslavia. 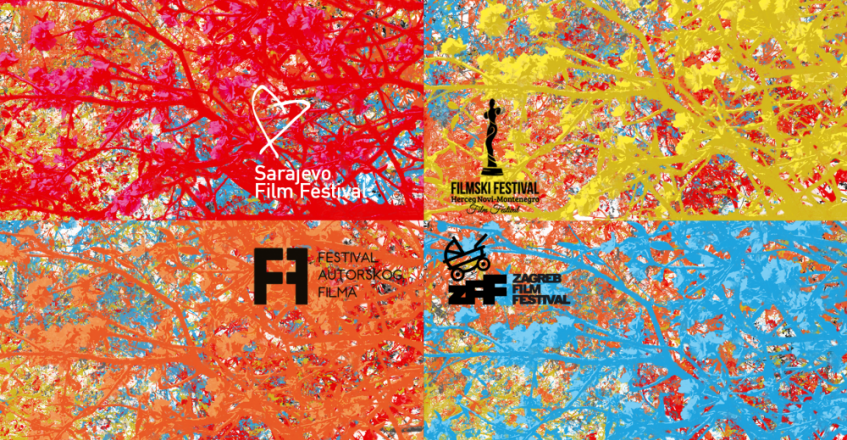 The audiences of these four festivals from four countries will together select the best film from the special programme that will take place at each of the festivals: Network of Festivals in the Adriatic Region programme. The programme will present some of the most interesting works of the European cinema from this year. These types of films, from smaller European territories, usually do not enter regular cinema distribution, and at the time of global pandemic they find it even harder to reach their audience.

The Adriatic Audience Award will be presented to the best film in the cash amount of EUR 5,000 for the film cinema distribution in the territory of former Yugoslavia.

The crisis resulting from the COVID-19 outbreak requires new thinking and new creative solutions in the film industry. These important festivals from four countries of the same language-speaking region have different sizes and profiles, but they all share a single mission – they are a platform for the promotion and presentation of the European audio and visual contents and talents. The partnership between the festivals aims to keep the audiences and attract new ones, and to improve organisation and holding of the festival with the help of latest technologies.

The first joint regional film festival - Network of Festivals in the Adriatic Region programme was held in April. In a shared programme, the programmers from the four festivals selected the films shown and awarded at the most recent film festivals in Cannes, Berlin, and Venice, and two remastered Yugoslav classics, all in an effort not to let the coronavirus pandemic prevent the film travelling from the author to the audience.

This cooperation will also be continued at the regular editions of all four festivals: the programmes of each festival will include a special programme titled the Network of Festivals in the Adriatic Region, with a selection of the best of European cinema. After counting audience votes from all four festivals, the best film selected by the audience will be presented the Adriatic Audience Award at the Auteur Film Festival in Belgrade.

“With this joint programme, we want to encourage the audience to discover contemporary European film, and with the award to support efforts of cinema distributors and operators in the region to bring back their viewers. Changes in the film industry, in the organisation and design of festivals, in the new circumstances, are enormous. With this joint programme and alliance, we have supported each other, developed our capacities, and at the same time demonstrated creativity, adaptability, and innovation. Film and film festivals without the audience do not exist. We are happy about the new programme, new selection of top quality European independent films, and particularly for encountering the audience who have now also come together owing to the new award from our festivals”, said Jovan Marjanović, Head of Industry, Sarajevo Film Festival.