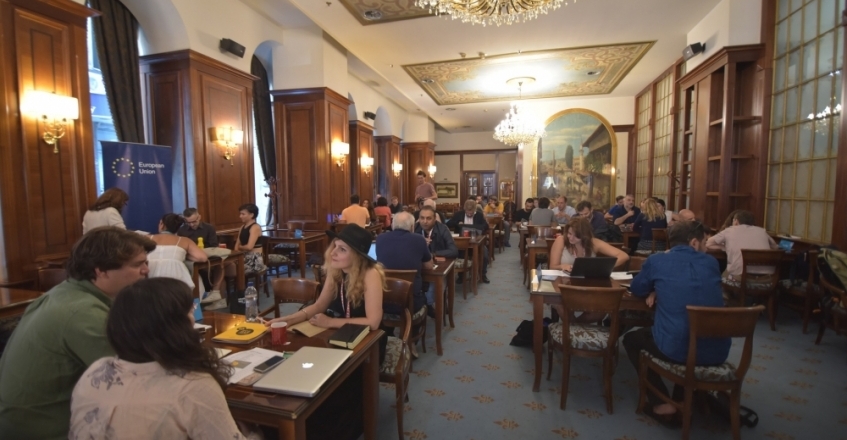 Selected projects will join 8 projects that have been developed at CineLink Project Development Workshop in April.

Amra Bakšić Čamo, Head of CineLink said: ‘’17 projects were selected in two phases. The first phase featured eight feature film projects in early development, while the projects in the second phase are closer to completion. These 17 projects are marked by their diversity – from the authors’ styles, age, experience, to their genre and forms. All 17 projects are promising an exciting future for regional cinema’’.

The nine projects selected in the second round for the Co-Production Market taking place during the 25th Sarajevo Film Festival are:

Umut (35), a famous actor of Turkish origin living in Germany, has to confront his past and has a reckoning with his mother when she comes to Germany after twenty years of resentment.

The story of a pathologist, a returnee to an Croatian island, who gets involved in the investigation of the mysterious murder of a Romanian prostitute.

Director: Mihály Schwechtje
Writer: Mihály Schwechtje
Producer: Genovéva Petrovits
Production company: Kino Alfa
Country: Hungary
Róbert Mravik is a driving examiner. His life turns upside down when one of his examinee, the political activist Júlia Polgár refuses to pay him the usual bribery money for getting her driving licence. Democracy Work in Progress is the next feature film project of Mihály Schwechtje. It’s a black comedy about everyday corruption.
FOREVER HOLD YOUR PEACE