Despite the widespread belief that his early films had been instrumental for the emergence of the “New Romanian Cinema”, Cristi Puiu (Bucharest, 1967) rejects being considered the father of the new “wave”, as well as the assumption that the new Romanian films somehow reflect the national spirit. 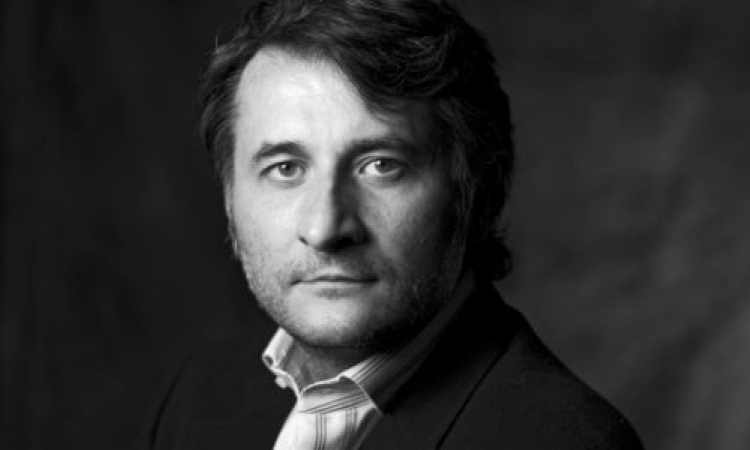 “They are not Romanian stories, but stories from Romania,” he warned in one interview, refusing to accept that his films are nothing but an allegory of the state of Romanian nation at the start of the new millennia.

But his films can certainly be interpreted in such a way. Puiu’s feature debut STUFF AND DOUGH/MARFA ŞI BANII (2001) shows a segment from the life of a young man Ovidiu who realizes that a seemingly ordinary job he has taken is actually of criminal nature and that his employer is a dangerous criminal with equally dangerous competition. Is not that an allegory of a society where violence has become a part of everyday life for which there is no cure?

His short CIGARETTES AND COFFEE/UN CARTUŞ DE KENT ŞI UN PACHET DE CAFEA (2004) can also be read as an allegory. A worker facing the prospect of losing his job at a company that is soon to be privatized seeks help from his son - the Romanian version of a yuppie – who has obviously distanced himself from his working class background. But while the post-socialist reality creates the social class gap and weakens traditional family ties, the customs from the socialist past - such as bribery - have survived the change. In order to find a job for his father - any kind of a job - the son must bribe prospective employers: like during the Ceaușescu era, a box of expensive cigarettes and a pack of coffee still remain the symbols of capillary corruption.

The best example of such allegorical reading of Puiu’s work can be found in numerous reviews of his sophomore feature THE DEATH OF MR. LAZARESCU (2005) - conceived as the first in a series of six films under the shared title SIX STORIES FROM THE BUCHAREST SUBURBS. The film tells the story of Dante Lazarescu - a 63-year-old alcoholic living on his own - who does not feel well one day so he calls for an ambulance only to end up spending the remaining hours of his life in ambulances and waiting rooms of Bucharest hospitals where he does not get proper care. International critics almost unanimously described the film as a sharp and satirical condemnation of Romanian reality, in which the hospitals that Lazarescu visits serve as an allegory of careless and indifferent treatment the post-socialist Romania offers to its citizens. But while most such reviews had praised the film, Puiu dismissed them as lazy and shallow, warning that the central theme of THE DEATH OF MR.LAZARESCU is not the sociology of modern Romania as much as ontology of human existence, loneliness, inability to communicate and finally the death itself.

What Puiu has always relied on to undermine such lazy interpretations is not hidden in the plot of his films, but rather in their form with which he likes to experiment. Already in his first feature, Puiu radically betrayed the conventions of the crime genre: where other authors would build suspense, Puiu insisted on images from the everyday life. For most part, STUFF AND DOUGH is a road movie. Camera is placed in the back seat of the van driven by Ovidiu and his friend and it is filming the road and surrounding landscapes: Puiu’s realism means not shying away from focusing on that which is monotonous and banal, and never reaching for spectacular. Even the only scene of violence in the film is stripped of glamour and spectacle characteristic for crime and action films: violence is the usual, every day and in no way remarkable phenomena and film should thus not fetishize it.

Puiu has made the greatest leap in his experiments with the film form in AURORA (2010), the second in his planned six-film series. AURORA follows Viorel, a lonely, middle aged man, who commits several murders.  Film mostly shows the actions of Viorel (played by Puiu himself) without explaining them, that is, without explaining his motives in a way that would be immediately clear. In his edit, Puiu does not use the standard chronological-casual timeline, but rather chooses elliptical structure that radically destabilizes the viewer’s expectations for the order of events in the film. He also rejects psychological approach to the main protagonist which assumes that a film character – just like a real person – can fully explain his motivations and actions. Therefore, the final explanation that Viorel offers for his crimes is also not satisfactory. It is meant to help him make sense of his actions, thus hiding their truly traumatic and irrational nature.

Reality, Puiu reminds us, is determined by breaking points and ruptures which can never be fully arranged into a rational story. Events around us do not unfold according to the principle of causality and people do not really conform to the laws of psychology. Films usually do not portray the reality in all its tragic disarray, but are instead simplifying and explaining it, which is exactly what Puiu wants to avoid. His films underline the empty spaces and breaks in the human experience of reality, as well as the ways how people use fiction - the stories about themselves - to cope with the chaotic world around and inside them.

Puiu’s latest film THREE EXERCISES OF INTERPRETATION/ TROIS EXERCISES D’INTERPRETATION (2012) also attests to his dedication to experiment. Each segment of this trilogy - THE CAT IS ON THE CHAIR/LE CHAT EST SUR LA CHAISE, THE MONKEY IS ON THE BRANCH/LE SINGE EST SUR LA BRANCHE and THE MOUSE IS UNDER THE TABLE/LA SOURIS EST SOUS LA TABLE -  centers around a conversation between four people who are linked by complex friendships or family ties. While the three conversations involving different protagonists unravel over three (simultaneous) lunches, at the end of the day all 12 observed people gather for a spiritual séance. The film is a product of a workshop Puiu has held with members of the French acting ensemble Chantiers Nomades who had built the film conversations and characters around Three Conversation: About War, Morality and Religion, a classical treatise by 19th century Russian writer and philosopher Vladimir Solovyov.

With its French setting, THREE EXCERCISES is not a part of Puiu’s six stories from the Bucharest suburbs, but it shares with them the same aesthetics and ethical beliefs system. It is the beliefs system that sees film as a valuable media for the research of reality which in turn is always determined by human nature. Film as well as human nature are never fully defined and Cristi Puiu’s films show that every time we redefine film we also create a new perception of the human nature. 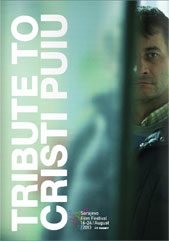