Bernal, Hazanavicius, Leigh, Bejo, Žbanić, Leo, Diao, Winterbottom, Agnes B., Labed and Pawlikowski, among others, will be guests of this year's Sarajevo Film Festival. 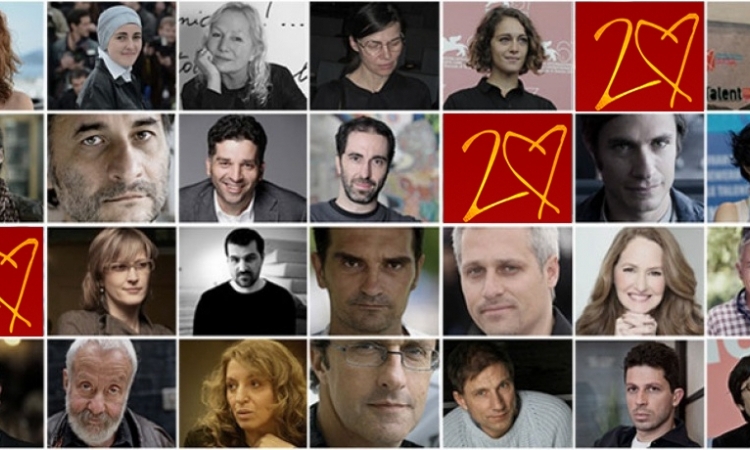 The fantastic Mexican actor, Gael García Bernal, will be the first guest welcomed by this year's Sarajevo Film Festival audience. Bernal will be greeted on stage by more than 3000 audience members at the popular HT Eronet Open Air Cinema before the screening of the cult film AMORES PERROS by the Mexican director Alejandro González Inárritu.

On the opening night of the festival, the Honorary Heart of Sarajevo will be awarded to this exceptional Mexican actor and to designer and director Agnes B., thus beginning the nine-day film festival in Sarajevo.

Already the next day, international guests, including Academy Award winners and winners of awards from international film festivals in Cannes, Berlin and Venice, will present their films to the large Sarajevo Film Festival audience. The audience will also have the opportunity to watch films by directors belonging to a newer generation of filmmakers.

The 20th Sarajevo Film Festival will host three Academy Award winners. Director Michel Hazanavicius, winner of an Academy Award for his acclaimed film THE ARTIST, will come to Sarajevo with his new film from this year's official selection at the Cannes Film Festival, THE SEARCH. Bosnian-Herzegovinian director, Danis Tanović, who won an Academy Award for his film NO MAN'S LAND, is this year's recipient of an Honorary Heart of Sarajevo. The Academy Award winning actress Melissa Leo will meet with participants of this year's Talents Sarajevo and greet the festival audience after the screening of the film THE FIGHTER, in which she plays the mother—the role for which she received an Oscar.

Bosnian-Herzegovinian director Jasmila Žbanić, winner of the Golden Bear for her film GRBAVICA, will present the film LOVE ISLAND. Director will be accompanied at the premier by actors Ermin Bravo, Leon Lučev and Ada Condeescu.

Another great director and recipient of the Golden Bear at this year’s Berlinale, Yi'nan Diao from China will present his film BLACK COAL, THIN ICE to the Sarajevo audience, together with the leading actress Lun Mei Gwei.

The Sarajevo Film Festival has the honour of screening MR. TURNER for the first time after its success at Cannes, where the lead actor Timothy Spall received the Best Actor prize, and welcoming its celebrated director Mike Leigh.

This year's Tribute to... programme will be a retrospective of films by the director Michael Winterbottom. During his stay in Sarajevo, Winterbottom will hold a career interview and speak with the audience after screenings of his films chosen for this programme.

Last year's recipient of the greatest award at the Sarajevo Film Festival—the Honorary Heart of Sarajevo—and one of the most significant contemporary directors, Béla Tarr, will head the jury for this year's Competition Programme – Feature Film.

Numerous film professionals, directors, actors and representatives of the film industry will present the regional cinematography at the 20th Sarajevo Film Festival. Films by some of the most significant directors and actors from this part of Europe are in direct competition for the 2014 Heart of Sarajevo as part of the Competition Programmes at the Sarajevo Film Festival, while many regional authors will be guests of other festival programmes. Mirjana Karanović, one of the best actresses from the region, will come to the Sarajevo Film Festival with the cast and crew of CURE – THE LIFE OF ANOTHER by director Andrea Štaka, which is in the official selection in competition for the 2014 Heart of Sarajevo. The acclaimed Hungarian director Kornél Mundruczó, who presided over the main jury at the 18th Sarajevo Film Festival, will return to Sarajevo this year to present his film WHITE GOD.