Under the auspices of the Kingdom of the Netherlands, the 2021 Sarajevo Film Festival will organize its 13th consecutive Human Rights Day programme. The programme will include a screening on 17 August 2021 of Alexander Nanau's COLLECTIVE. 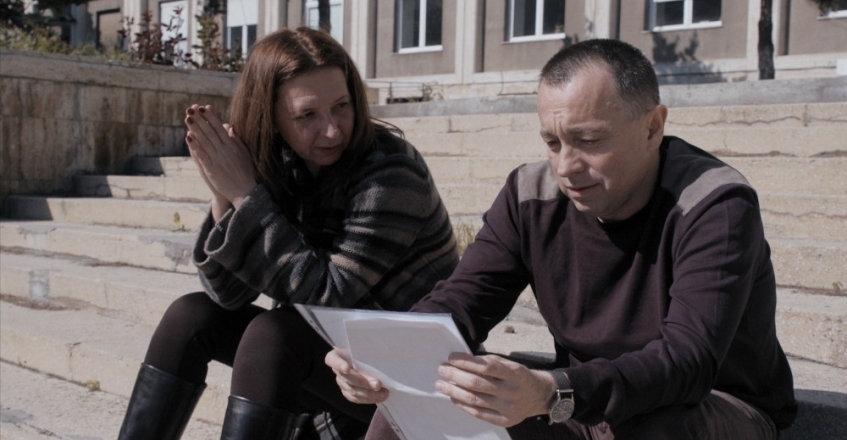 The screening at multiplex Cineplexx Sarajevo will be followed by a panel discussion centered on the topic ''Society and the individual - a perishing responsibility?''. The discussion will be moderated by journalist and director Robert Zuber.
Society and the Individual – A Perishing Responsibility?
Presented to Sarajevo Film Festival audiences as part of this year’s Human Rights Day programme, Alexander Nanau’s COLLECTIVE raises an increasingly urgent question that remains unanswered: To what extent do societies as collectives in fact act responsibly towards the individuals who comprise them – particularly when it comes to forms of injustice or accident caused by non-action on the part of those who should be in control of such incidents, or as a result of their corrupt actions?
The case presented in Nanau’s film might easily be labelled as “one of those things” that happen in the new Eastern European democracies, with their few years of democratic tradition. Similar cases can be found, however, across the Western European democracies, in examples of the unscrupulous behaviour of the rich and powerful who stop at nothing in the quest for personal profit. In such cases, life becomes no more than a mathematical calculation of collateral damage in the pursuit of profit – and it would seem that, measured against profit levels, such “damage” is very often deemed acceptable. When did we become a society – indeed a global society with what has become a global problem – in which the fate of the individual has become so insignificant, and the responsibility for the injustice done to those individuals so diminished? And is it even possible to switch the focus back to the fate of individuals in a society that would not exist without them? Robert Zuber
COLECTIV/COLLECTIVE
Romania, Luxembourg, 2019, Colour, 109 min.
Director: Alexander Nanau
In 2015, a fire at Bucharest’s Colectiv club leaves 27 dead and 180 injured. Soon, more burn victims begin dying in hospitals from wounds that were not life-threatening. Then a doctor blows the whistle to a team of investigative journalists. One revelation leads to another as the journalists start to uncover vast health care fraud. When a new health minister is appointed, he offers unprecedented access to his efforts to reform the corrupt system but also to the obstacles he faces. Following journalists, whistle-blowers, burn victims, and government officials, COLLECTIVE is an uncompromising look at the impact of investigative journalism at its best.
Dealing with the Past
33 World and 3 International Premieres in BH Film Program
13th Human Rights Day
12th Human Rights Day at 26th Sarajevo Film Festival: Panel discussion on Tuesday
The cooperation between Sarajevo Film Festival and Doha Film Institute continues