CAT IN THE WALL Shown Tonight at the National Theatre

Film by Mina Mileva and Vesela Kazakova was shown at the National Theatre, tonight at 19:40. 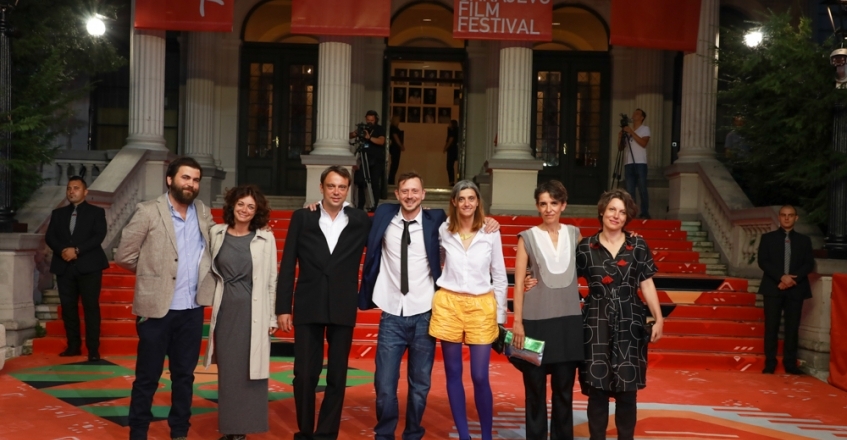 Life on a council estate in Brexit London – gentrification plans advance accompanied by an astronomic bill for homeowners, aggravating the community. In the eye of the storm, Irina, a Bulgarian single mother, tries to break through as an architect, and refuses to live on benefits like most of her neighbours. She galvanises the homeowners to appeal against the bill to the Council, but the English assure her that any attempt to fight the system is doomed. Irina’s family and her neighbours clash over the ownership of a cat. ? different side of British society is revealed to her, and she comes to realise she is trapped inside the walls of her property – and metaphorically inside her own mind.
You can watch the movie in one of the following showings.
Director: Mina Mileva, Vesela Kazakova
Cast: Irina Atanasova, Angel Genov, Orlin Asenov, Gilda Waugh, Chinwe A Nwokolo, Kadisha Gee Camara, Jon-Jo Inkpen, John Harty
Regional premiere of a SAFE PLACE
World premiere of a SIX WEEKS
Regional premiere of a KLONDIKE
The world premiere of the movie RIDERS
World premier of MEN OF DEEDS