Academy Award®-winning actor Benicio Del Toro recieved the Honorary Heart of Sarajevo for his extraordinary contribution to the art of film at the 21st edition of Sarajevo Film Festival at HT Eronet Open Air Cinema. 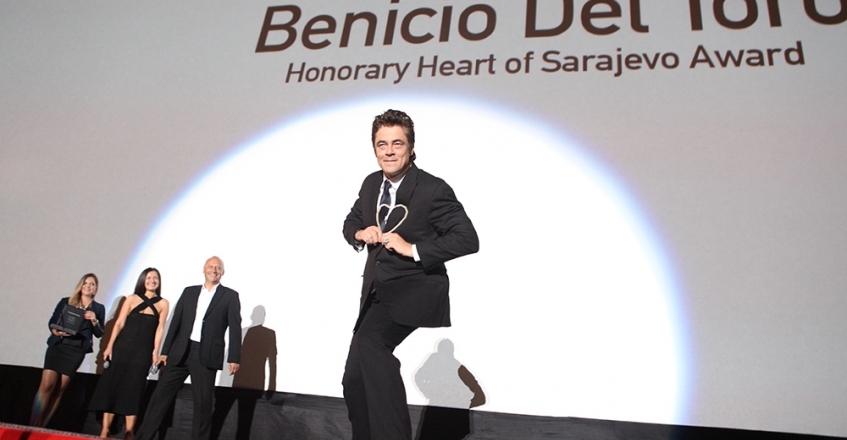 This award honours an individual for exceptional contribution to the affirmation and development of film and support in development of the Sarajevo Film Festival.

Following the event, the audience had the opportunity to watch the film - A PERFECT DAY, directed by Fernando  León de Aranoa and starring Benicio Del Toro and bosnian actor Feđa Štukan.