Promotion of film incentives in the Sarajevo Canton

As part of the 28th Sarajevo Film Festival, in Cineplexx Sarajevo, a discussion was held on the topic "Promotion of film incentives in Sarajevo Canton - example of ILLYRICVM". The film ILLYRICVM by Simon Bogojević Narath is the first film created from the incentives of the Cantonal Government. 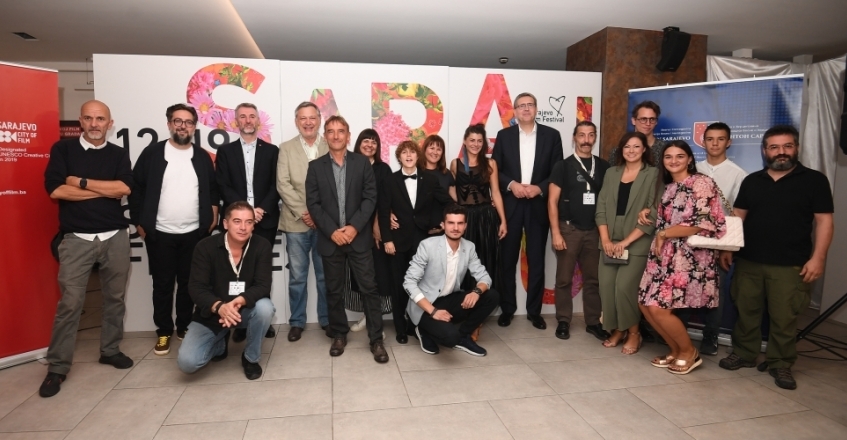 Edin Forto, Prime Minister of Sarajevo Canton and Samir Avdić, Minister of Culture and Sports of Sarajevo Canton, spoke about the importance of introducing incentives for the City of Sarajevo and Sarajevo Canton. Producer Ankica Jurić-Tilić and producer Adis Đapo reflected on the importance of incentives for production companies in the region and the fact that it affects the benefit for the film itself. They pointed out that the introduction of these incentives has opened up additional opportunities for Sarajevo, and thus at the same time the awareness of the beauty and possibilities of Canton as a filming location is being strengthened.

Prime Minister of Sarajevo Canton, Edin Forto: “Investing in the creative industry means investing in the field that will not exhaust our limited resources, talent is not water or wood. The talent of local artists came to the fore despite the negligence of the previous government. Although the data of all years were obvious - the Sarajevo Film Festival carries a good image for the state of Bosnia and Herzegovina, the pictures from Sarajevo that we send to the world every August are beautiful, they radiate optimism, the SFF fills the regional and state budget... We decided to stop another wrong practice - this year the Government of The Canton of Sarajevo allocated historical financial amounts as an incentive to the film industry and it will be like this in the future if we have the opportunity”.

Sarajevo Film Festival Director, Jovan Marjanović: “The Sarajevo Film Festival, in addition to being a film festival, is a driver of the film industry development. Our goal is for Sarajevo to be a generator of production, to have a strong production sector, to be a place that will attract foreign investments and a place where the best practices will be promoted. The key element for attracting productions is the quality and offer of professional film and TV crews. In this regard the situation in Sarajevo is uneven. Talents in some segments of the creative industry are extremely good - especially when it comes to screenwriters, which is certainly positive for telling local stories in the future, but in some other segments the supply is insufficient due to the lack of experience. The incentives open up space for education, gaining professional experience, opening new jobs and opportunities for young professionals to stay in Bosnia and Herzegovina."