The fourteenth edition of the Human Rights Day as part of the 28th Sarajevo Film Festival brought a panel discussion on the topic Where is justice? The documentary film THE NEW GREATNESS CASE by Anna Shishova formed the basis of the discussion in which the film's authors and protagonists took part. The panel was moderated by film critic Tue Steen Mueller. 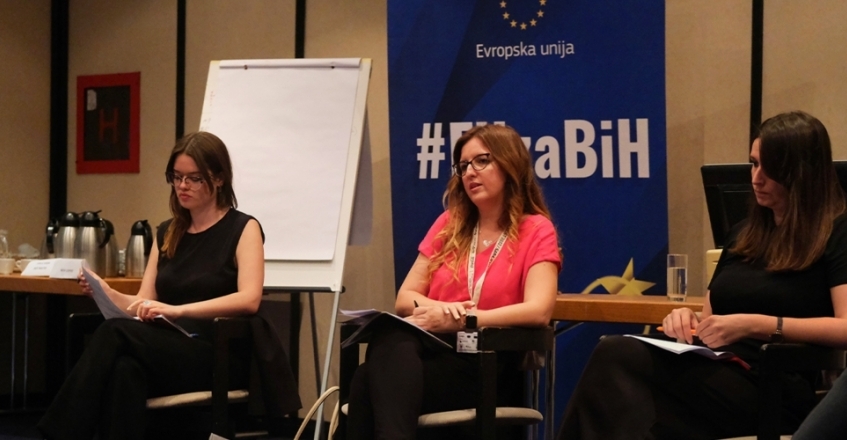 Film content: Anya was an ordinary teenager who dreamed of making life in Russia better. In March 2018, she was arrested and incarcerated on charges of forming an extremist group with the aim of violently overthrowing the government. During three following years, her mother Julia desperately struggles to prove her daughter’s innocence. Fighting for justice and learning the real state of affairs step-by-step, Julia has been transformed from an apolitical citizen into a passionate human rights activist.

This year, Sarajevo Film Festival extending programme including Human Rights Day Workshop with young activists aged between 18 and 25 from Bosnia and Herzegovina and Western Balkans. The workshop is organized in partnership with CULT and European Young Ambassadors. As in the previous years, the programme encompasses panel discussion and opening remarks.

The fourteenth edition of the Human Rights Day as part of the 28th Sarajevo Film Festival was held under the auspices of the Kingdom of the Netherlands.