The audience of 27th Sarajevo Film Festival had an opportunity at the same evening to watch a debut feature of director Milica Tomović, CELTS. The film had it's world premiere at this year's Berlinale, in the Panorama section. The film was screened at the National Theater at 21:30. 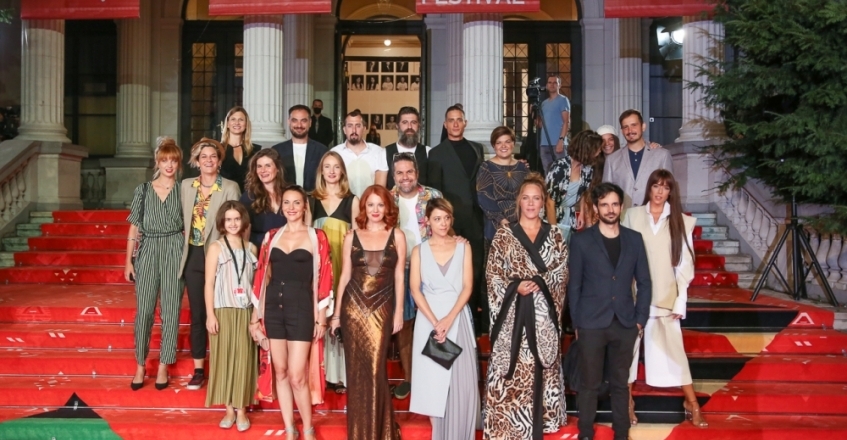 Belgrade, 1993. Serbia is at war and its people suffer under international sanctions, facing constantly rising inflation. Marijana holds her family together while her husband perks up only in the presence of their small daughter, Minja, who injects some happiness into his otherwise grim life. Minja is celebrating her eighth birthday. Instead of a cocker spaniel of her own, there’s a neighbour’s three-legged dog for her to play with, and her birthday cake has been made with margarine instead of butter. In the living room, she and her classmates leap about dressed up as Mutant Ninja Turtles while the adults congregate in the kitchen…A drunken evening of unrestrained smoking and flirtation takes its toll.
You can watch the movie in one of the following showings.
Director: Milica Tomović
Cast: Dubravka Kovjanić, Stefan Trifunović, Katarina Dimić, Anja Đorđević, Nikola Rakočević, Milica Grujičić, Jelena Đokić, Slaven Došlo, Nada Škrigin, Jovana Gavrilović, Olga Odanović, Jovan Belobrković
Regional premiere of a SAFE PLACE
World premiere of a SIX WEEKS
Regional premiere of a KLONDIKE
The world premiere of the movie RIDERS
World premier of MEN OF DEEDS