Interview with Antoneta Alamat Kusijanović, director of the film MURINA 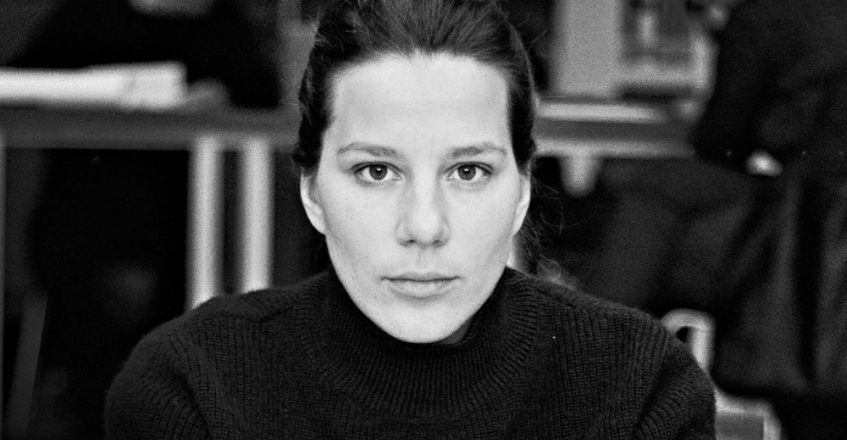 This year's Sarajevo Film Festival will screen several films by regional directors that directly deal with the unfavourable position of young women. You began to develop the character of Julia long before the necessary restrictions on movement and socializing made the unfavourable position of some women even worse. How important is it, especially in the light of a pandemic, to speak openly about both subtle and aggressive abuse of women?
It is extremely important and unbelievable that we always somehow visualize abused women as some weak women, disenfranchised, with no strength, whilst in my experience and judging by the confessions of the women who watched this film the strongest women are also abused. I started developing this film before the isolation, and even before the Me Too movement, so it wasn't some backwards engineering, but an organic film made out of necessity.
Some of the forms of support you have received every young person would want for their debut film. How did it happen that one of the executive producers of the film was Martin Scorsese and your distributor is Match Factory?
I can say that "Murina" was just under some lucky star. Luck is important, although I believe more in work than in luck. I think that both gathered in Murina - a team of very talented people, a strong story, a motivated creative team of authors and a lot, a lot of work so all the elements came together. I think that attracted the real people who supported this film. Lack is very important, but luck will hardly come if work has not come.
Your heroine Julia is calm, quiet at first and just observes the events around her, and then the murina wakes up in her - she becomes active, naughty, intriguing, on the verge of committing some great evil, at the moment she is a child playing with adults, and then a young woman fighting with her teeth for happiness, even literally, for life. How do you know teenagers as well as you raised ten of them?
(laughter) I think the teenager in Julia is the same teenager in all of us. People often call Mura a coming of age movie. Julia seems more like a child and a woman at a turning point, I think teenagers are more the other characters, I would say Ante and Javier and Nela are in a "coming of age" phase. Sometimes we call it teenage, sometimes menopause, sometimes the crisis of middle age, sometimes the crisis of the thirties (laughs)... mostly, all these crises are very similar and they are all cycles. We’re always changing and I think that, as you call it, knowing teenagers, it’s, in fact, really knowing yourself and rethinking some of your cycles.
The connection between you and the sea is primordial and vital. You are from Dubrovnik, you grew up with the sea in your eyes and every time the sea is in your frame, everything bursts with beauty and ambiguity. Both the beginning and the end of the film are in the sea - in the beginning, the depth and the view of the camera towards the surface, and at the end the sea is freedom, salvation and infinity that the camera looks at from the sky. What does the sea mean to you?
The sea is a different space of being, it is another aggregate state in which we are deprived of verbal communication, in which sounds are morphed in a different way, in which we move differently, in which some things are easier, others harder... That is for me one state of the subconscious where Julia uses some other tools to express her anger or her affection and I would say this is where Julia sheds blood more easily. Also, it is a place of birth and self-birth where Julia has the opportunity to really face death. It is the same as going through the birth canal with childbirth; she must give herself strength to finally confront her greatest demons.
You are coming to Sarajevo as the holder of the Golden Camera (Camera d'Or) for the best debut film in Cannes, in Pula you won the award Breza for best debutant, Danica Ćurčić won the Golden Arena for the best supporting role, the Pula audience voted your film the highest average rating and thus provided it with the Golden Gate of Pula, the day before the announcement of the awards in Cannes you became a mother... for you this year is truly fruitful! Given that you have the Heart of Sarajevo for the best short film "Into the blue", what do you expect from this year's Sarajevo Film Festival?
Sarajevo was the first festival I ever attended, my first Talent campus and Sarajevo City of Film, the first time I was part of the competition jury, won the first Heart of Sarajevo, and this time it will be my first festival with my entire family and the first festival for my son so I hope it will be cheerful and happy as it has been so far.
Marinela Domančić
Regional premiere of a SAFE PLACE
World premiere of a SIX WEEKS
Regional premiere of a KLONDIKE
The world premiere of the movie RIDERS
World premier of MEN OF DEEDS