We hug tightly and sing loudly

Interview with Milica Tomović, director of the film CELTS 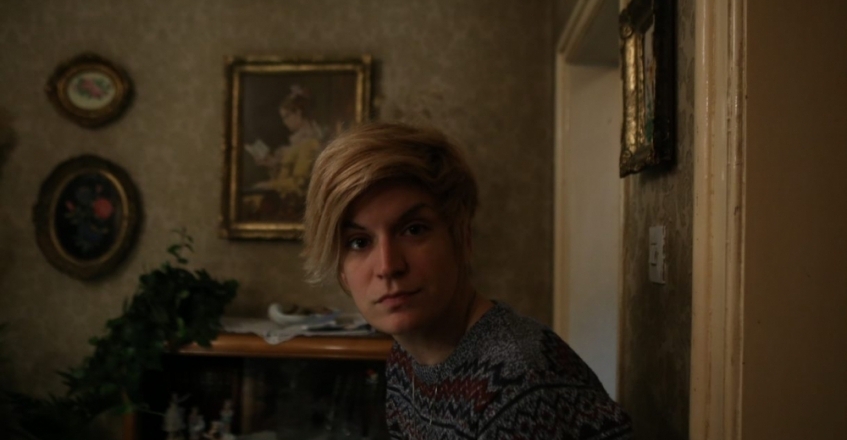 What a bouquet of characters you gathered in your first film! They are beautifully crafted, they communicate in clear and sharp dialogues and you understand them well so it’s hard to shake off the impression that you strongly sympathize with every adult and every child in the film. Is it possible that you love every single character that appears in the film?
Yes, it's possible, but now to tell you the truth, I don't know how good it is (laughs).
At the time of the action, you were an eight-year-old girl and the film has a strong erotic component. Did some childhood memories make you approach topics such as divorce, impotence, masturbation, illegitimate children, same-sex love, drugs, corruption, violence... openly and without taboos, or is it exclusively the choice of an adult director?
It is certainly the choice of an adult, because she wrote the script, but that adult tried her best to remember everything she thought about as an eight-year-old girl, reflecting on the topics that are important to her now.
In the continuation of the previous question, did you use any autobiographical elements when you worked on the script?
Yes, the film was inspired by my first birthday celebration with the class and that was the last time I did that until I went to high school. It was quite a disaster, it didn’t look like any birthday party I’ve been to until then. When I was eight I made a firm decision that I would never celebrate a birthday again.
In addition to human actors, you also worked with animals. The Rafaelo turtle is a great hit but the three-legged dog, once you brought him to the celebration, could have been put to better use. How did it get lost along the way?
It was returned to the neighbor because the celebrant girl didn't really like it - but we dropped that information. A lot of work was done on editing, not every detail could be taken care of, and again, as far as he is concerned... maybe it's fun for people to ask where he is.
The total madness of the current film moment is also reflected in the music you used. On one side is half of the opus of the teenage group Ruž, on the other the uncompromising punks KBO! and Pankrti and in the middle Marina Perazić and Bajaga. Few would decide to put them together in one pot. Still, it works because the sound madness fits into the mental and historical. How did you choose the music for the film?
Well, certain music was inspired by the tapes of my older sister Tanja from that period, at least as far as punk music comes from the teenage room is concerned. Bajaga, on the other hand, is somehow constant, but in that period the double album "Let the Universe Hear Unrest" was stuck in the family white „lada“. Specifically for the band Ruž, it is the choice of my friend and film editor, Jelena Maksimović Maksa, who, in addition to her talent and love, also gave her emotional memory of the celebrations of eight birthdays where the songs "German girl", "Night swim" and the inevitable "There's something in your eyes" were very popular.
Just for the end, I would like to single out my friend Ana Đurović, now Anna Bjork, who composed and made the last song that closes the film, which fulfilled the desire to somehow merge the past and the present with great effort (laughs), for the sake of some optimistic melancholy.
I have to ask you in the end, do you celebrate a birthday?
We gather in the matchbox, the apartment under 30 square meters - all the people I love come and we get drunk terribly, hug each other tightly and sing loudly. The COVID-19 took it away from me this year, but it doesn't matter, we will catch up everything now. 
Marinela Domančić
Regional premiere of a SAFE PLACE
World premiere of a SIX WEEKS
Regional premiere of a KLONDIKE
The world premiere of the movie RIDERS
World premier of MEN OF DEEDS