Regional premiere of LOOKING FOR VENERA

Tonight at the National Theater, at 21:30, the regional premiere of a debut feature by Kosovar director Norika Sefa, LOOKING FOR VENERA was held. The film had it's international premiere this year at the International Film Festival Rotterdam, in the Tiger Competition section, where it won the Special Jury Award. 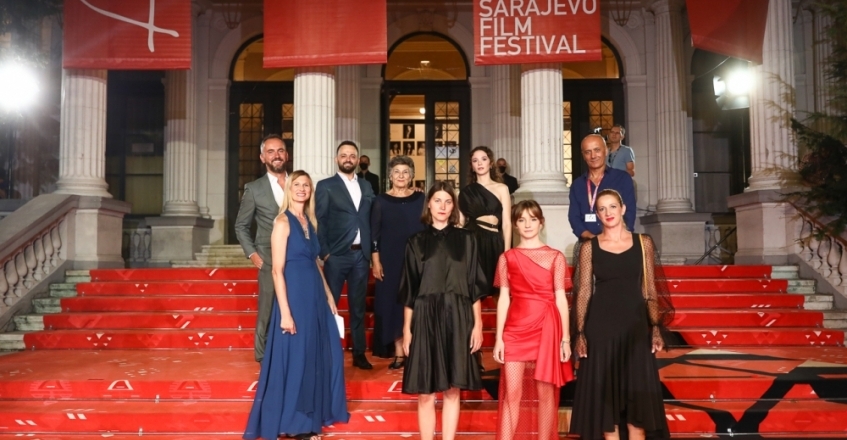 Calm, taciturn teenager Venera lives in a small village in Kosovo. At home, three generations are constantly under one another’s feet in their cramped house, so Venera has next to no privacy. Outside, on the streets and in the café, it’s not much better: the village is small and there’s always a brother, nephew or neighbour keeping a beady eye on her. A girl is expected above all else to protect her good reputation – and that of her family — all of which makes it difficult for Venera to go her own way. Her spirits are lifted when she makes friends with rebellious Dorina, who already has a boyfriend. The two girls go out having fun together, as far as Venera’s father will allow. One thing they know for sure: they don’t want to end up like their mothers.
You can watch the movie in one of the following showings.
Director: Norika Sefa
Cast: Kosovare Krasniqi, Erjona Kakeli, Rozafa Celaj, Basri Lushtaku
Regional premiere of a SAFE PLACE
World premiere of a SIX WEEKS
Regional premiere of a KLONDIKE
The world premiere of the movie RIDERS
World premier of MEN OF DEEDS