Finding our own ways

Interview with Norika Sefa, director of the film “Looking for Venera” 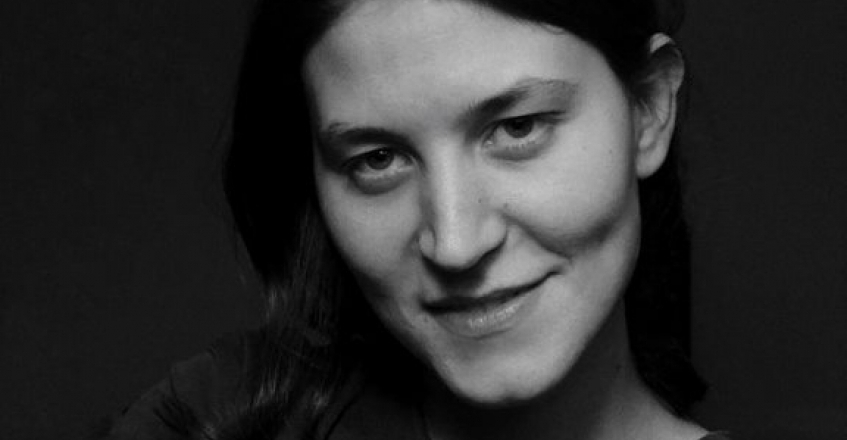 At the Sarajevo Film Festival we had the opportunity to watch great films by young female directors from Kosovo who were educated at prestigious European universities and returned to make films about Kosovo. You graduated from the famous Prague FAMU and also made a film about Kosovo. Can we talk about a significant increase in women authors from Kosovo finding their individual ways to make a film and finding funds for this adventure?
Well, it seems to me that especially for a certain cinema which has its own language, which somehow challenges new forms but also new ways of financing, one needs to take a lot of risks, to be ready to adapt to quick changes this industry is experiencing. Women, especially those from small societies, like the one I come from, are used to a type of education that requires much more resistance, but it also teaches us to accept and deal with failure. So, this makes us adaptable. Also, we didn’t have easily provided choices when it comes to exploring or studying cinema, we had to be intuitive and find our own ways. This is now resulting in our films, in their diversity, I think.
War is peripherally present in your film. We do not see his horrors directly but we feel the pain and unhappiness of families who have suffered losses. War is just one layer of complex family relationships that further complicates a deep-rooted tradition, patriarchy, and common heritage. Was it difficult to balance the closeness with the characters and the objectivity of the observer?
That’s how war dictates our lives now. War it’s still present, it is related to how we define time, especially the future. Our parents, older generations, are living in the “post-war times” trying to compensate for the lost times, dealing with their own sinkholes. So, usually, there is little space for the youth to design their future independently of this. A tricky mentality for a youth temperament. I tried to explore the everyday workings of these forces and see the clash of perceptions that this creates, the complexity that generates in a family plan.
There is a beautiful scene in which Venera, her mother and brothers dance. It is the moment of a true joy that explodes in the middle of a movie and fades out. When the moment passes, the viewer thinks how much all the characters in the film are constantly and undeniably unfulfilled and unhappy. What do they have to do to feel joy more often?
There are few others, if I could name as, joy moments, but I think one remembers this dance - moment because it’s just “the loudest joy moment”, it comes more loud and dynamic compared with the rest of the flow in the film, and I decided to add it like that, I liked it there. I thought it would feel unexpected, maybe uninvited at the beginning. But it modifies, and the way it does, I think it shows a lot more from these characters than any words could do. Actually, my aim was to capture situations which intertwine different emotions at once, for me there is never only joy, or fear, or so… I like to look at these moments, which emphasizes this clash of different emotions happening at once, because it is close to how we experience life.
Your heroines will, quite unexpectedly, develop in different directions - especially Dorina. What did you want to say through her character?
Well, Dorina is after the change. She is a character led by desire… negotiating her desire, was what gave the flow to the narrative. It just helped me clear the dilemmas of having to fit her into the expectations that a film-plot creates. Her character, but as well as Venera’s, both of them, their age, allowed me to challenge the narrative. I find that age to be very curious, always checking, wanting to fit, failing to fit, exploring… so the unexpected turn is part of Dorina’s journey. I don’t feel betrayed by her. Of course, yes, external things force a lot of their decisions but the difference between the actions they two take, it’s what kept me wanting to tell this story.
Venera is also going through a change. In what way does she change?
The most important thing for me was to not have an ending, which feels like a clear choice. It’s a bit cliché for me to experience those characters who change, who become “someone else '' by the end of the film. Actually, the aim of this film was to play a bit with this aspect, to challenge this idea of character. I wanted to provide situations, which help characters reveal who they are. Instead of them changing I wanted to change the relationship between them and the viewer. I wanted the viewer to get to know or understand them better along the way. As for Venera’s character, I find she matures within the film and for me maturity doesn't necessarily mean changing things, it often means finding a new fit to things you have and that surrounds you. Finding a new way to look at things.
Marinela Domančić
Regional premiere of a SAFE PLACE
World premiere of a SIX WEEKS
Regional premiere of a KLONDIKE
The world premiere of the movie RIDERS
World premier of MEN OF DEEDS