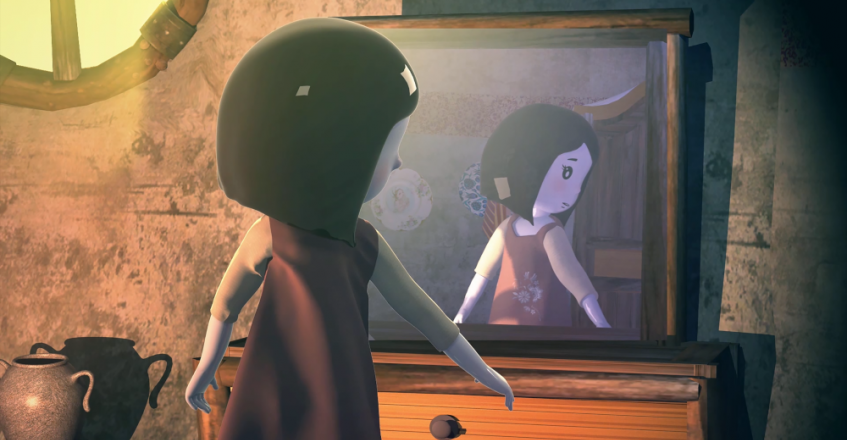 Doha Film Institute (DFI) is an independent, not-for-profit cultural organisation established in 2010. It organically supports the growth of the local film community by enhancing industry knowledge, cultivating film appreciation and contributing to the development of sustainable creative industries in Qatar.
DFI’s platforms include funding and production of local, regional and international films, educational programmes, film screenings, Ajyal Film Festival and Qumra - an initiative that seeks to provide mentorship, nurturing, and hands-on development for filmmakers from Qatar and around the world.
Three grant recipients and past Qumra projects to benefit from additional guidance and support from the Festival’s CineLink Industry Days programme: "Nezouh" by Soudade Kadaan, "The Pearl" by Noor Al-Nasr and "The Maiden's Pond" by Bassem Breche.
With culture, community, education and entertainment at its foundation, DFI serves as an all-encompassing film hub in Doha, as well as a resource for the region and the rest of the world. DFI is committed to supporting Qatar’s 2030 vision for the development of a knowledge-based economy.
The selected films will be shown as a part of Partner Presents programme of the 26th Sarajevo Film Festival via ondemand.sff.ba.
SHORT CUTS TO QATAR
SHIPS
Qatar, 2018, 7 min.
Director: Dhabya Al-Muhanna
Deep in the shipyards of Doha, amid the whirring of table saws and heavy machinery, we enter the world of dhow construction. Primarily still crafted by hand, with the metalwork relentlessly hammered and worked straight from the furnace, this silent meditative film gives us a glimpse into the precision engineering and expert craftsmanship that is involved in the creation of Qatar's most iconic seagoing vessel.
THE BLACK VEIL
Qatar, 2018, 17 min.
Director: A.J. Al Thani
Many women around the world suffer oppression and dream of escaping it. THE BLACK VEIL is the story of one woman who puts her life at risk in order to find her freedom.
THE UNLUCKY HAMSTER
Qatar, Indonesia, 2019, 6 min.
Director: Abdulaziz Khashabi
A story about a hamster who was once in a pet shop, waiting eagerly for someone to buy him. Many people passed by his small tank without noticing him, before someone decides to buy him. The hamster is very excited that he has finally been bought – but he won’t be happy for long!
END OF THE ROAD
Qatar, 2019, 15 min.
Director: Ahmad Al-Sharif
Munir is an honest taxi driver, known by the local community as being principled and trustworthy, always willing to lend a hand to friends in need. A loving father and husband, after a long day of work Munir is eager to make it home in time to celebrate his daughter’s birthday. But after a mysterious man appears on the side of a dark road, Munir is torn between being a good Samaritan or a good father – a choice that will change his life forever.
FRAGILE
Qatar, 2019, 11 min.
Director: Kholoud Al Ali
A ceramic girl lives in a small drab village that sits in a valley surrounded by huge mountains. One day, she wrangles the courage to scale the mountain but falls, shattering herself into a thousand pieces. From the ashes she arises – transformed into a fairy. She flies over the mountain to discover that a magically colourful world awaits.
PAPER KITE
Qatar, 2019, 7 min.
Director: Nada Bedair
In a strict Catholic school, Noor daydreams of making a kite. Not amused by Noor's lack of concentration in class, Sister Caroline punishes her with detention. There, Noor meets Zayn, a new student who sees Noor’s sketches of kites and encourages her to make one with her. The two embark on a kite-making mission, but they soon find themselves in trouble with the nuns after they break into the art room for supplies.
SOCOTRA - THE INVISIBLE ISLAND
Qatar, 2019, 10 min.
Director: Ching Siew Hua
A sombre look at the island of Socotra, situated 400km off the coast of Yemen. Suffering the indirect consequences of the ongoing conflict, the island faces a devastating environmental crisis. Its native population is struggling with a lack of opportunities and uncertainty.
REVIVE THE LIRA’S GLORY
Lebanon, Qatar, 2019, 4 min.
Director: Alessandra El Chantilbrahim
Ibrahim Sultani is a 22-year-old architecture major who has a hobby of painting portraits on banknotes. On them, he portrays Lebanese icons from the fields of music, cinema, sports, media, fashion and many more. Due to the current economic crisis in the country, Sultani hopes his work will give the currency back some of its lost value, at least metaphorically.
FEATURE FILMS
A SON
Tunisia, France, Lebanon, Qatar, 2019, 96 min.
Director: Mehdi M. Barsaoui
Tunisia, summer 2011. A holiday to the south of the country ends in disaster for Fares, Meriem and their ten-year-old son Aziz when he is accidentally shot in an ambush. His injury will change their lives: Aziz needs a liver transplant, which leads to the discovery of a long-buried secret. Will Aziz and his parents' relationship survive?
1982
Lebanon, United States, Norway, Qatar, 2019, 100 min.
Director: Oualid Mouaness
On the last day of school in the mountains, during the 1982 invasion of Lebanon, eleven-year-old Wissam is determined to tell his classmate Joanna that he loves her, while his teachers – on different sides of the political divide – try to mask their fears.
Dealing with the Past
33 World and 3 International Premieres in BH Film Program
13th Human Rights Day
12th Human Rights Day at 26th Sarajevo Film Festival: Panel discussion on Tuesday
The cooperation between Sarajevo Film Festival and Doha Film Institute continues