Docu Talents from the East 2020 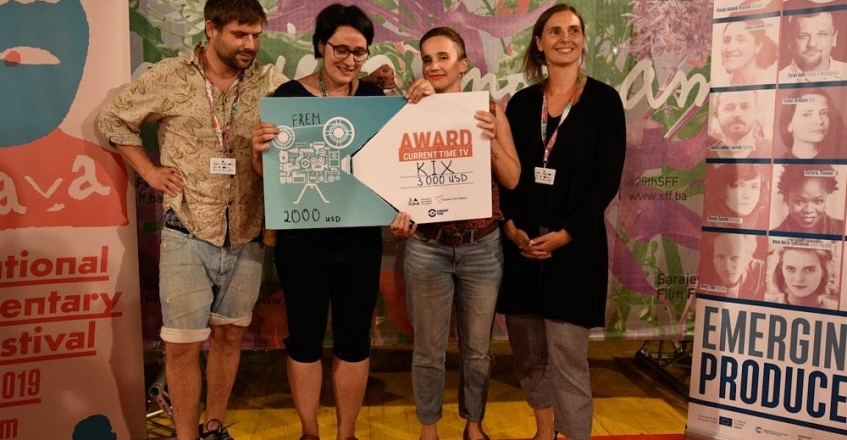 This year's selection, which features very diverse projects from Croatia, Czech Republic, Hungary, Poland, Romania, Russia, Slovakia and Ukraine, confirms again that many remarkable and creative filmmakers emerge in the region of Central and Eastern Europe. We hope that the Docu Talents presentations will again help them to enter the festival circuit and reach their audiences, as it has been the case in the past years.

THE COMMUNE
Director: Jakub Julény
Producer: Barbara Janišová Feglová
Production Company:  HITCHHIKER CINEMA
Country: Slovakia, Czech Republic
They became outsiders of their own free will, so that they could live freely on the margins of society and become creators of their own selves.

EVERYBODY IS OK
Director: Katya Zayaz, Alexander Pukhov
Producer: Anastasia Rytsina
Production Company:  GORKY FILM STUDIO
Country: Russia
Old shepherd loses his memory. Soon he will lose the last link with reality: his routes, as in 2020 waters of Tigris River will flood Hasankeyf — one of the oldest human settlements in Mesopotamia.

THE MAN BEHIND THE MUSCLE
Director: Martin Mareček
Producer: Zdeněk Holý
Production Company:  VERNES
Co-production Company: HBO
Country: Czech Republic
A film about a man who wanted to become Superman and instead became a genderman.

TRUST ME
Director: Joanna Ratajczak
Producer: Stanisław Zaborowski
Production Company:  SILVER FRAME
Country: Poland
The Perfect couple of the 2st century - Alicja & Sebastian. Although they have everything; a happy relationship, wonderful kids, money, friends, but Sebastian comes up with a risky experiment.