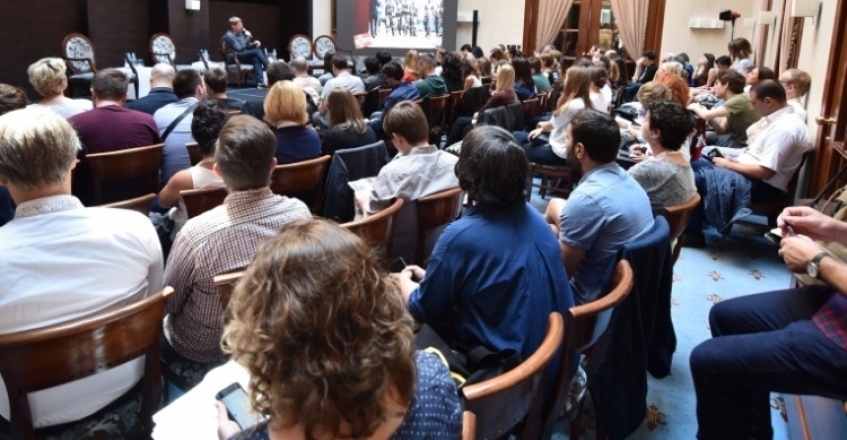 The series will be presented to key European and regional broadcasters, VoD and SVoD operators, and distributors in an open pitch session, followed by one-on-one meetings.

With the aim of boosting the development process for drama series from the region, CineLink Industry Days introduces a new development award of €10,000 in cash, sponsored by Film Centre Serbia. An international jury consisting of Meinolf Zurhorst, Tatjana Andersson and Giacomo Durzi will select the most promising project.

Jovan Marjanović, Head of Industry, said: “We were excited to get so many submissions for the new drama series. The projects that have been selected promise to bring a new chapter to regional screens. The potential is obviously there, and so is the interest from the broadcasters. We want CineLink Drama to be a must-attend event for everybody in the business of quality TV drama in ths region.”

Boban Jevtić, General Manager – Film Centre Serbia, added: “Support for the development and production of television series in the region comes in various forms – from environments with extensive professional institutional and financial support, to those where the very idea of support is undefined or in its infancy. The success of last year’s CineLink Drama platform at the Sarajevo Film Festival has motivated Film Centre Serbia to enthusiastically take part in the early stages of this initiative. With a deeply held belief in its purpose, and clear expectations for a bright future for the CineLink Drama platform, Film Centre Serbia strives to stimulate, quicken and facilitate the harmonising of any support mechanism that deal with joint production of television series in the Southeast European region.“

In addition, this year CineLink Drama hosts a MIDPOINT TV Launch workshop, during which seven projects will be developed and presented in a pitch session in Sarajevo. In the coming weeks, CineLink will announce this year’s panels, case studies and guests of the CineLink Drama programme, which is organized in collaboration with our partners: Göteborg Film Festival – NFM TV Drama Vision; Drama Series Days / Berlinale; MIDPOINT; and the Embassy of France in Bosnia and Herzegovina.