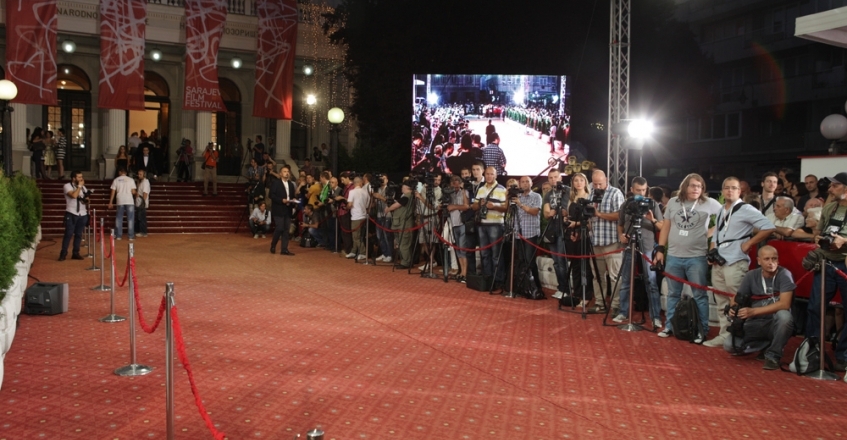 The Short Film Competition Programme of the Sarajevo Film Festival was created to showcase the work of an emerging generation of filmmakers as well as to promote the creative work of young artists from our region. This year, the Short Film Competition Programme presents ten films by young regional filmmakers. We selected the films very carefully as we have received over 350 applications and more than a third were of exceptional quality.

Among the first titles selected for the programme were several films which premiered at Cannes Film Festival. These included the Turkish film TUESDAY (SALI) by Ziya Demirel, that screened in Cannes' Official Selection and the Romanian film RAMONA by Andrei Creţulescu that screened in the Semaine della Critique receiving the Best Short Film Award. We will present another Romanian film, A RANDOM ACT OF KINDNESS (O FAPTĂ BUNĂ) by Andrei Gruzsniczki who is probably the most experienced director competing in this year’s programme. Turkey is also represented by two films, the second being THE TRANSLATOR (ÇEVIRMEN) by Emre Kayiş. Jelena Gavrilović from Serbia will present her graduating film WITH MANY THINGS TO COME (SVE JE VIŠE STVARI KOJE DOLAZE); while Hungarian director Gábor Hörcher will present his RISCI (another of Gábor’s films has been included in the Competition Programme – Documentary Film). Bulgarian director Pavel G. Vesnakov returns to the Festival with his latest short ZEUS (ZEVS) while A MATTER OF WILL (BISERNA OBALA) by Dušan Kasalica from Montenegro will have its premiere in our programme. FATHER (MAMA) by Davit Pirtskhalava from Georgia arrives in Sarajevo after having its premiere at the Locarno Film Festival. We are particularly happy that a Bosnian film DAMAGED GOODS (KALO) by a young director Nermin Hamzagić has also been selected for the programme.

With only a few exceptions, all the selected films deal with the young generation, its problems, views and preoccupations, as well as their interactions with their seniors. The older generation's sense of loss and inability to adapt to the new circumstances are most obvious in THE RANDOM ACT OF KINDNESS (O FAPTĂ BUNĂ), but also in other films where the stories of the older generation are used to paint a portrait of society, like in the films RISCI, WITH MANY THINGS TO COME (SVE JE VIŠE STVARI KOJE DOLAZE), ZEUS (ZEVS) and FATHER (MAMA). Other films tell of loneliness and the search for love by young people, which is particularly the case in TUESDAY (SALI), A MATTER OF WILL (BISERNA OBALA), DAMAGED GOODS (KALO), THE TRANSLATOR (ÇEVIRMEN) and RAMONA.

This year, the programme includes six regional premieres, as well as one international and three world premieres.