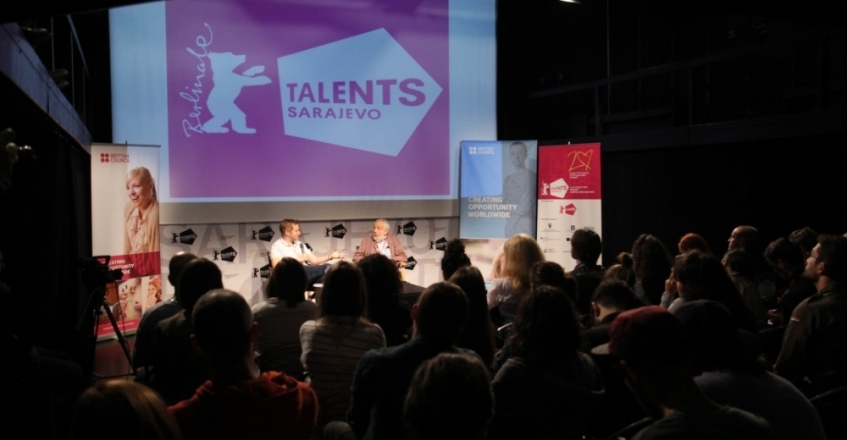 The Sarajevo Film Festival’s training platform for emerging film authors from Southeast Europe and Southern Caucasus was founded in 2007 in collaboration with Berlin International Film Festival and Berlinale Talents program.

Over the past eight years, Talents Sarajevo has become the regional hub where aspiring film professionals can train, meet and exchange ideas. In addition to bringing the young filmmakers together, the platform also aims to introduce them to the work of established film professionals, inform them about the latest trends in the film industry and art, and ease their entrance into the regional and international filmmaking community.

The number of people interested to participate in this six-day program that is tailored to the needs of the aspiring regional talents and enlists renowned film professionals as mentors and lecturers has been growing constantly. This year, we received a record number or 320 applications for participation in Talents Sarajevo. Film directors form the majority among the applicants with 164 applications.

The interest is also growing for participation in the Pack&Pitch segment of the program, as illustrated by 55 applications received this year compared to 19 in 2014. This segment of the program is dedicated to film directors and producers and offers them a chance to learn - under professional mentoring - how to analyze and pitch their projects, orally or in writing, before selection juries, their colleagues and other film professionals. In addition to Pack&Pitch, a newly established interdisciplinary hands-on training programme named Film Stage Studio has attracted the attention of scriptwriters and directors seeking to polish their dialogue development skills through an experience-based process in which a selected number of participants from all professional disciplines represented in Talents Sarajevo will take part.