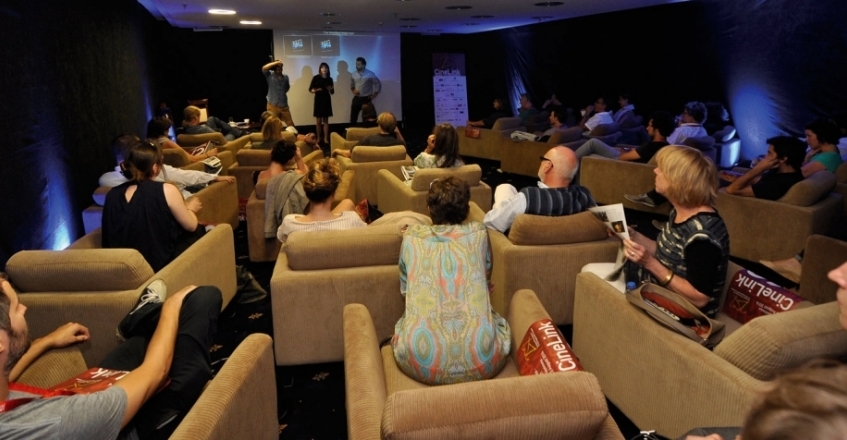 We are proud to present first eight projects selected for CineLink co-production market. First call was intended chiefly, but not exclusively, for projects from first and second time filmmakers interested in participation in the preparatory workshop scheduled from 3rd until 7th of April.   Eight projects are selected for this phase and they will all be presented at the CineLink coproduction market during the Sarajevo Film Festival in August 2015.

Second Call for entries is open from today until Monday 27th of April (00:00 midnight) and it targets projects from established authors, in advanced stage of development and financing, looking for a good market access point in CineLink to further their conversion and placement effort.

You can find application form at this link

A COAT OF GOLD

IN THE STRANGE PURSUIT OF LAURA DURAND

Production company: Color of May, Imanov&BlondiauFilmproduktionGbR

NOTHING TO WORRY ABOUT

The CineLink Co-Production Market presents the most promising regional feature projects in a development and financing stage. The selection has traditionally been focused on Southeast Europe but is since a few years also open for projects from the Caucasus region.  CineLink offers awards funds totalling more than 160.000 Euros in cash and services and boosts a impressive track record with previous projects going on to major international recognition - IF I WANT TO WHISTLE I WHISTLE by Florin Serban (Jury Grand Prix Silver Bear and Alfred Bauer Prize, Berlinale 2010), HARMONY LESSONS by Emir Baigazin (Silver Bear, Berlinale 2013), MOLD by Ali Aydın (Lion of the Future, Venice 2012), WHITE SHADOW by Noaz Deshe (Lion of the Future, Venice 2013), The LAMB by Kutluğ Ataman (CICAE Art Cinema Award, Berlin Panorama 2014), A BLAST by Syllas Tzoumerkas and CURE by Andrea Štaka (both competing at Locarno 2014) just to name a few.